Why buy and import a used car from Japan? 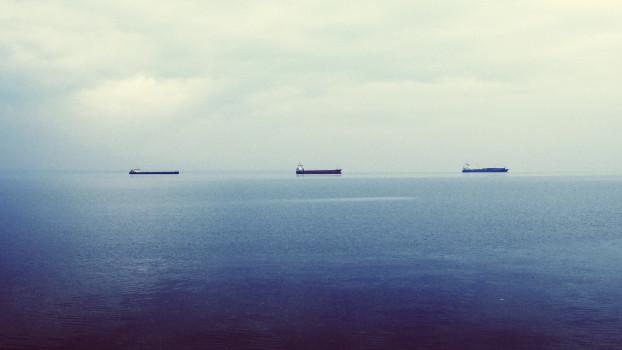 Importing a car has many advantages besides the benefit of being cheaper; some of these advantages are that you can sometimes have better equipment on a foreign model car and you may even get your hands on an unusual model that’s not available in your country’s market.

Japanese imports in particular can be a great way to get hold of a car that’s built to a higher specification than the available version in your country, or if it’s not available to you at all, or only available in your country via a long waiting list, and it may be cheaper than your country’s equivalent.

An imported car may typically have less miles or kilometres driven, as in Japan people tend to rely on public transport systems, use bicycles or scooters or simply walk instead of using their personal vehicles.

With less distance travelled by the vehicle it means the vehicle parts have been less worn; which means the vehicle has a lot of life left in its parts, so it won’t need maintenance due to parts being worn out or exposed to the elements, so no need to worry about rust.

Feel free to check out the stock over at www.realmotor.jp now!

The most popular Japanese cars imported into Africa 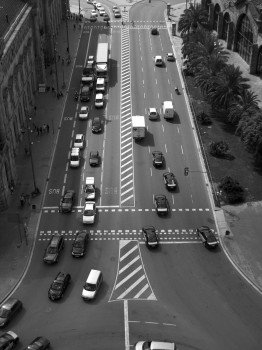 Popularity of imports in South Africa is growing; as such a lot of the most popular imports into South Africa are Japanese imports, here are the top 3 Japanese car imports and top 5 Japanese truck imports during the year 2014:

Toyota is the top selling car company in South Africa as seen with how many times a Toyota made vehicle appears on the 2 lists above.
In January to November 2014 Toyota had sold almost 28,000 Hilux vehicles. Open back trucks known locally as “bakkies”  account for half of the country’s top-selling vehicles falling into the utility category, including the Toyota Hilux, Ford Ranger, Nissan NP200, Chevrolet Utility and the Isuzu KB.

Many of these popular models are available on my personal favourite importer www.realmotor.jp – feel free to check it out for yourself.

How to import a used vehicle 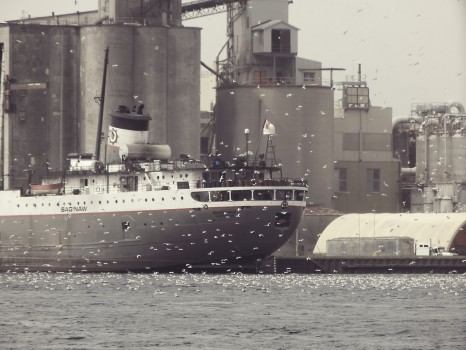 Importing a vehicle is easier than it sounds; there are many ways to start importing a vehicle, but I would suggest that you start by thinking about what type or model of vehicle do you want and how much of a budget do you have to spend on said vehicle.

After deciding what vehicle you want to import, you can search the stock of import companies that deliver to your country; using the website you have selected proceed to inquire about the chosen vehicle. Using an import dealer is a lot easier and stress free than attempting to import the car yourself – in some countries it is actually illegal.

As laws around the standards of vehicles vary per country, such as standards about emissions and safety regulations, using an import dealer is highly recommended in these situations if you find yourself lacking knowledge on your import’s specifications and differences in your country’s laws and vehicle regulations. Most import dealers will help to insure that your new vehicle meets the standards of its designated country, which is very helpful and avoids any stress that could be caused.

I would highly recommend using www.realmotor.jp for your import, so please feel free to check out their website now!

Is importing a used car from Japan affordable? 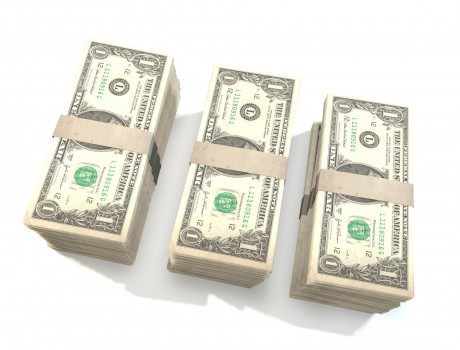 The answer is simply, yes it is; importing a car from Japan is a lot cheaper than you think. The common misconception is that it’s expensive, but it is actually relatively affordable and much cheaper than buying a new car, or a used car from a car dealer.

This varies per country, but there are import charges which are typically set at 15% of the vehicles current value; it can increase depending on the type and size of the vehicle being imported.

By importing a used car you avoid paying VAT, inflated prices, and added market value of your particular vehicle which can make an import of the same model of car extremely cheap in comparison.

Another reason why an imported car can be much cheaper is that the exchange rate also comes into effect. With the Yen being weak right now, this is the time to capitalise on the exchange rate by purchasing an import, so do not hesitate and check out my recommended dealer at www.realmotor.jp

Lexus named as Best car in US for 3rd year

Toyota’s Lexus ranked top among 28 car brands in the United States for the third straight year in 2015 in both vehicle performance and reliability. Toyota’s luxury brand Lexus scored highly across multiple categories in a road test conducted by “Consumer Reports”.

All the top three spots in this years list were captured by Japanese brands, with Mazda coming second and Toyota placing third.

Mitsubishi Motors will build a new 500 million dollar plant in Indonesia’s West Java Province. The Japanese automobile manufacturer is to increase its output of vehicles in Indonesia, which is one the largest auto markets in South-East Asia. Mitsubishi is aiming to assemble 160,000 vehicles at the factory which is double the current number of vehicles produced by the company in Indonesia. The new factory is said to start producing vehicles in 2017.

If you like the idea of owning a Mitsubishi vechicle but would rather not wait until 2017, then click here to view our selection of reasonably priced used Mitsubishis. 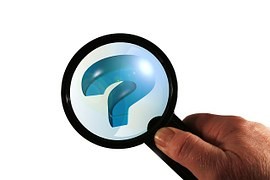 Evolution Five is the incarnation of the model that really put the car on the map. The rally driver Makinen drove this car and blitzed the World Rally scene, and the world was served a production car that had all the elements to take on even the giants; in a real-life David and Goliath story this car could take on the Ferraris and Porches of its generation around a racetrack and come out on top, for one third of the price.

This car comes with a state of the art 4WD system for its time; it can be taken to a race track, raced around for a full day, then driven home, and then used to drop the kids of to school in the morning. It is a very tough car – it will keep going and going throughout the years no matter how its driven.

As with all Evos it comes with a 2.0l turbocharged engine which puts out an amazing 276hp. The Evo 5 also featured an upgraded interior over previous Evos; it was fitted with the GSR version with a better class of Recaro seat.

If this review has you convinced, then click here to view our selection of used Mitsubishi Lancer Evolutions.

Clearing Agencies – helping you import your used car from abroad 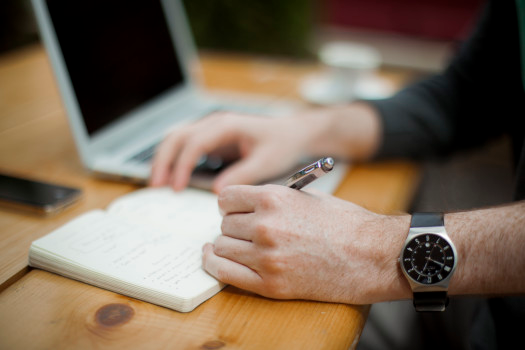 Confused as to what a “Clearing Agency” is? Well, let me help you understand by explaining what these agencies are and what they do.
A clearing agency, which is also known as a Customs Broker, is a profession that involves the “clearing” of goods through customs barriers for importers and exporters, usually businesses. This involves the preparation of documents and/or electronic submissions, the calculation and payment of taxes, duties and excises, and facilitating communication between government authorities and importers and exporters.

The laws and regulations surrounding Clearing Agents or Custom Brokers varies per county or group of countries such as the EU. In some countries these agents are required to have licences to operate such as in the USA for example; US Customs broker licenses are issued and overseen by US Customs and Border Protection.

Using an Agent or business to clear your import through customs is highly recommended; it helps to relieve any stress when dealing with your government and it also avoids any mistakes that could be made, as they will be experienced in dealing with importing vehicles.

What makes a Japanese car different? 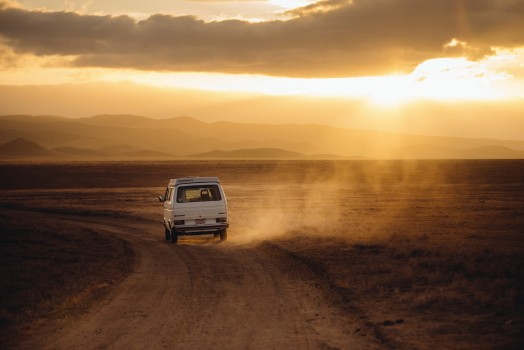 People often ask me why i prefer Japanese vehicles over European or American made vehicles; you yourself may be wondering why you should consider buying a Japanese manufactured car.

One of the many reasons to consider what makes a Japanese car different is its reliabililty; most if not all Japanese made vehicles have a very good reputation for being extremly reliable, especially in comparison to equivalent European or American made models.
If you look at Toyota and Ford’s reputations Toyota will come out on top in regard to the reliability of its vehicles every time.

Performance is another reason why Japanese cars are different. Japanese model cars typically perfom much better for a more affordable price through innovative engineering, such as with the MX-5; due to its simplicity of design and suspension set-up it has been voted the best roadster of all time by many reputable sources. When thinking of the worlds mostly highly regarded handling car most people would think of Ferraries or similar high performance cars, and not an inexpensive roadster like the MX-5.

One more example of extreme performance for less money is Nissan’s latest GTR that set a staggering timed lap of 7:08.68 on the Nurburgring in Germany, where it is placed 4th on the all time fastest road production cars, outperforming more expensive cars such as the Porsche 911 GT2 RS and the Dodge Viper SRT-10 ACR.

What is a SUV? 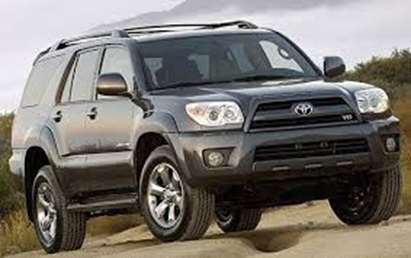 Unsure what a SUV is or why you should consider buying one? I’m here to help. SUV is the short name for a sport utility vehicle or suburban utility vehicle. Vehicles in this class are similar to a station wagon or estate car. SUVs are usually equipped with four-wheel drive systems for on or off-road ability. Some SUVs include the towing capacity of a pick-up truck with the passenger-carrying space of a minivan or large sedan.

Not all SUVs have four-wheel drive however, as some SUVs are designed to just be used in urban environments such as towns and cities; these vehicles usually come with a more town orientated set-up.

A typical set-up for an urban orientated SUV is  a shorter wheel base, two-wheel drive, or at least a system that allows you to change the amount of wheels used to power the vehicle. Two-wheel drive allows for better fuel economy; with less wheels being powered less fuel is being used to move the vehicle.

The benefits of purchasing a SUV over a car are that you have extra space for both cargo and passengers, a higher driving position so you can be more aware of what’s going on around your vehicle, the safety of a sturdier vehicle, and finally the added ability to drive in more extreme conditions with ease.

If you’ve decided that you need an SUV in your life, then click here to view our selection of reasonably priced used SUVs.